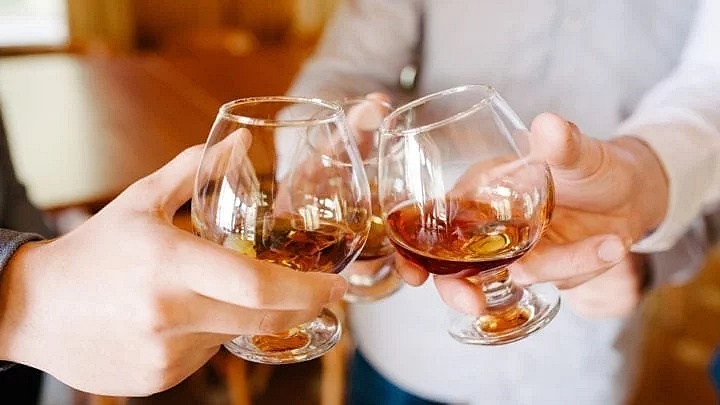 Whether you are still figuring out your drink of choice or consider yourself a true connoisseur, chances are there are still things about the world of alcohol that you simply don’t know.

Particularly when it comes to the well-known favorites – brandy, and Cognac. How about Moldova’s famous ‘Divin’? Yet another rendition of brandy that some even consider a “secret” Cognac in disguise. All three are very similar but can vary in taste pretty drastically. This is based on a few factors – production process, region, aging, climate, and soil too.

Featured in popular music and endorsed by many celebrities, Cognac has continued to rise in popularity. With an extremely wide selection of brandy products sold here in the U.S, some with very distinctive differences, it’s only natural that there may be some confusion.

Curious about the differences between the three we mentioned? Keep reading:

Many people don’t realize that like wine, many brandies are actually made from grapes. “People will sometimes associate it with rum or whiskey or something like that, but it starts with grapes,” said Jack Charlton, Brand Ambassador for Rémy Martin and former manager at luxury London private members’ club (5 Hertford Street).

Brandy is also often made from hard cider for an apple brandy flavor, which makes for the best liquor to use in a tasty apple cocktail. Often brandy is enjoyed straight and because it is technically a digestif it helps settle your stomach after dinner – a perfect way to end the day.

Brandy can come from anywhere in the world, but its name comes from the Dutch word “brandjiwin”, meaning burnt wine. During the 16th century, when the wine business was truly thriving, it was very expensive for France and Holland to carry out business due to high shipping costs.

In an effort to lower shipping costs, a shipmaster decided to burn the wine to remove excess water before shipment. Once the shipment was received the instructions were to add water back into the wine. However, much to his surprise, the Dutch people loved this new concentrated wine blend and insisted it not be mixed with water at all. In fact, they loved it so much they gave it a name and brandy was born.

The Difference Between Cognac and Brandy

Cognac is a type of high-quality brandy that can only be produced in the Cognac region of  Southwest France. And due to European union schemes like the PDO regime (Protected designation of origin), brandy can only be recognized as Cognac when it comes from France. It’s made from white grapes distilled in copper pots, then aged in oak barrels for no less than 2 years, which brings in a lot of tannin and flavor to the liquor.

You might be wondering why Cognac is priced and valued so much higher than brandy, and a lot of that has to do with the fact that the Southwest of France has very fertile soil, and a climate ideal for grape growing. These factors give Cognac a rich taste and aroma, even to the point of being called the “liquor of the gods” by French author Victor Hugo. You’ll see Cognac idealized as a French luxury and the best ‘brandy’ money can buy, which has a lot to do with this controlled process.

Cognac also undergoes an extensive approval process; For example, Hennessey Cognac is tasted by a committee of 7 people for approval, all of which have been trained for 10 years in tasting and refining Cognac.

What is a Divin?

Divin is also known as Moldova’s secret Cognac.  Up until signing the Lisbon Agreement, which made for a controlled name of origin, Moldovan (a country between Romania and the Ukraine) brandy was called Cognac. Since Moldova could no longer call their brandy Cognac, they wanted to create an original name for it.

The word “distvin” was proposed by Professor Anatoly Balanutsa, the dean of winemaking at a technical university. This is an abbreviation of the term “DISTilat de VIN”, meaning wine distillate; it was shortened to “divin” by a Moldovan scientist named Emile Rusu. The final name, divin, literally translates to “divine, marvelous, wonderful” in the Moldovan/ Romanian language, perfectly describing the rich liquor!

Divin is now the legal title of brandy in Moldova, even though it’s still created with classic Cognac production methods. If you’ve ever tried Moldovan brandy, you’ll know how smooth, strong and high-quality it is to have once held the title Cognac.

There’s a lot that goes into the differences between the three liquors, but they are all fairly similar in nature. Regardless of what you choose to call them, they are all delicious liquors that are the most ideal after dinner beverage – especially after a large Thanksgiving meal as a digestive aid!

What Alcohol Goes In Eggnog?